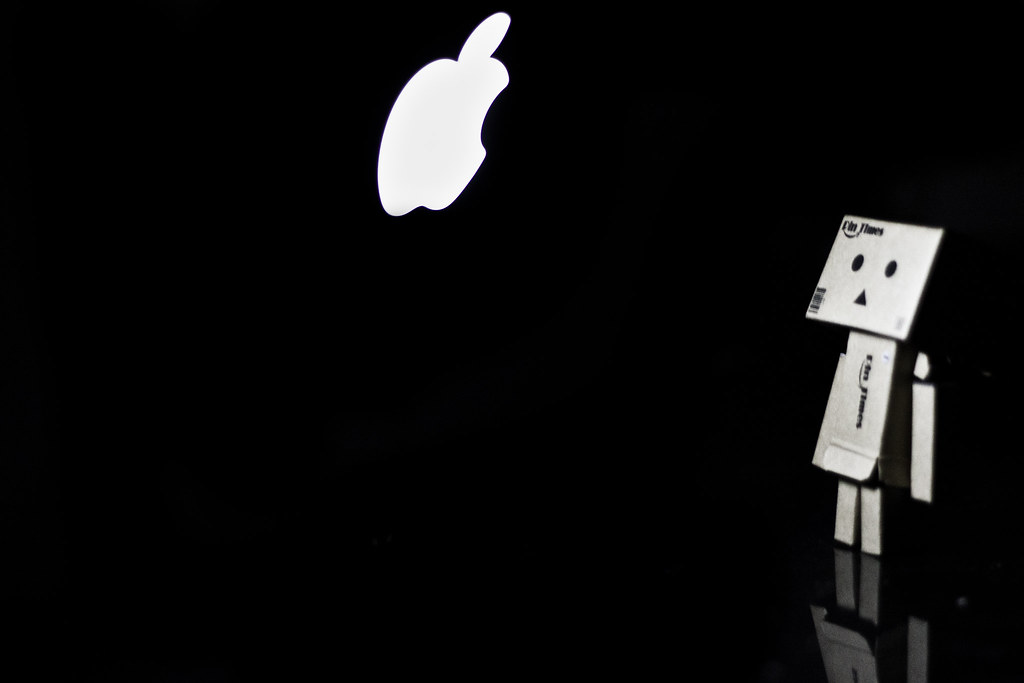 For years, with the wearable technology trend spreading all across the world, we waited for the day for watches to be more than ordinary.  First came the bands that monitor activity and beneficial to those interested in fitness and their personal healthcare.  Then the introduction of smartwatches boosted the popularity of wearable technology.

Companies like Samsung and LG came out with their different variations of the smartwatch and it was a successful release.  Now this year, Apple is finally entering that market.  The Apple Watch release date was finally unveiled for April 24th and this had social media and news networks raving about it.  The wait for the Apple Watch is so big that some companies in the market of smartwatches are hoping that the Apple Watch will also increase the demand for their products.  All of the features, prices, and other unknown information about the Apple Watch was revealed that most likely put people digging in their pockets for money.

The Apple Watch has the same functions like its rivals and then many more amazing features.  Some of the standard include:

Most watches have the same features, but there are six exclusive features to only the Apple Watch discussed by phys.org:

There are three different Apple Watches: Regular, Sport, and Edition.  The regular watch has a stainless steel band that comes in silver and black.  The Sport has anodized aluminum cases in silver or black, an ion-X glass, and come in different color bands.  The Edition is 18-karat gold cases and has a sapphire crystal.

Here is an inside look of the Apple Watch: http://money.cnn.com/2015/03/09/technology/apple-watch-hands-on/

Even with the many features in the above video, it doesn’t go into depth of what the Apple Watch brings to the table.  The CNET discussed everything related with the Apple Watch.

The most stunning thing to not only myself, but to everyone on social media is the pricing of the Apple Watch.  With this price of it, it is to be believed that only wealthy people would able to afford this watch because for the price of it, It is not worth it.  The lowest price is $350 with ranging all the up to 22k.  Yes $22,000.  It will vary between which watch you get and the type of band you want.

So for those who is an Apple supporter, be prepared to work overtime and spend some of the money that you were saving because that is what it will take to get it.

For those not interested with the watches and fitness bands that monitor your health, fitness, and sleep that includes a screen and have time capabilities, there is more than what is in the popular demand. Technology doesn’t have to be complicated, being simple is easy and definetely more convenient to older people not used to the current technology.

The Misfit Shine is an activity tracker that is one of a kind.  Unlike other fitness bands that have screens or watch faces, this doesn’t.  It contains a thin, simple band and in the middle is where all the functions are located.  On the gray face are small LED lights that lets you know your progress on a goal that was set.

There are some advantages to the Misfit Shine as it can go 50 meters underwater and track many activities including:

It is compatible with IPhones and Android phones and can only work while connected via bluetooth.  The upside to the Misfit is that it doesn’t have to be worn on your wrist.  The face can be taken off the band and can be placed anywhere on your body, with the most convenient spot being the button on a collard shirt.  The biggest advantage of this activity tracker is that the battery csn last as long as 6 months, allowing you to not having to charge it every week.  To replace the battery all you need is a CR2032 coin cell battery which can be found in most retail stores.

Wearable technology is not only impacting the way you track your fitness, but also helps deal with pain a person has.  All around the world, people suffer from chronic pain and about 100 million in the United States.  To deal with it, people take pain killers and even try homeade remedies to lessen the pain.  Neutrometrix, a healthcare company developed a technology called Qwell, the world’s first wearable technology that functions to relieve pain.

The Qwell is a lighweight device that straps to one’s calf and claims to relieve chronic pain for 15 minutes.  Here are the steps the device uses in the process.

It can be worn while sleeping and wil include an app that will be accessible through bluetooth, but the app is not required as it can be set manually.

The device is very handy to anyone who suffers pain and not specific to different genders or age groups.  It is very beneficial to those who suffer from:

For those who are questionable on whether this actually works or if this is right for them, here is a on hand look at it:

Personally, I believe this is the next step not just in the wearable technology area, but in technology as a whole.  For something that has been released that relieves pain and is not a device that contains batteries and serves its purpose is a huge breakthrough.

The Qwell will available later this spring for $250 and has been FDA approved for months. 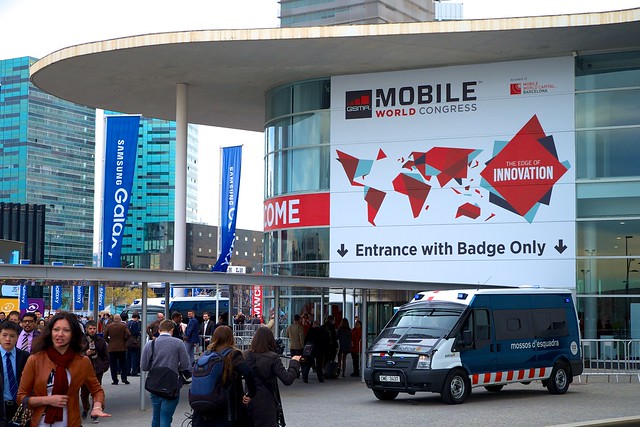 Interested in phones? tablets? wearable tech? The Mobile World Congress is the show that is right for you, keeping you up to the date with the latest technology and transitioning you to a new generation.

The Mobile World Congress is a show that presents the news on everything new involving mobile and wearable devices.  Like previous years, the show did not disappoint the public.  Besides phones shown that will be released in the immediate future, the wearable technology also came with a punch.

Known companies like LG, Pebble, HTC previewed their smartwatches and fitness band that is to be released, while others like Huawei showcased what they brought to the table.  LG released a new smartwatch that will be hitting the market, HTC previewed their new fitness band, while Pebble redefined one of their models called Pebble Time.  Chris Jager wrote a recent article on what were the best wearable tech products.

The release date and price of the watch was not released and doesn’t have a timetable.

The Huawei Watch was one of thee most anticipated releases according to many fans of wearable technology.  This Chinese based company released a smartwatch that isn’t a plastic band, but a metal band like a normal watch, and a face like a regular watch.  The only thing about it is: It is not a regular watch.  Some features that it has is:

Only few details released about the watch and the release date was hinted to be around mid 2015.

These are were the popular and most anticipated devices of 2015 with many more that were introduced.  The technology that is being released gives you a reason to be excited and explains why it is the next generation of wearable technology.

Monitoring your activity has gotten advanced throughout the years.  They have gone from measuring footsteps and calories burned to analyzing the way you sleep and keeping track of your progress.  Not a lot of them can measure your heart rate.

Very few fitness bands are able to measure your heart rate or at least they claim to have the ability to do so.  Many expects say they are accurate most of the time and are able to do this through a light sensor on the band.  Some of the bands that have monitor heart rate are:

At the price of $149, the Fitbit Charge HR is kind of bland from the design, but according to gizmodo, this is a good thing.  Apart from other activity trackers, this is one of the more accurate ones, including the heart monitor.

With the Microsoft Band, Microsoft finally entered into the wearable technology trend.  The difference between this and any other wearable tech is that it runs on Microsoft technology and has a lot more features than the average fitness band.  It includes:

All of these features are included into a device and is only for $199.  I say that is a bargain and something you should look into.

The TomTom Runner Cardio is more considered a smartwatch than a fitness band, but what kind of watch has heart rate features?  This watch has the same functions as any other fitness band, but is built more like a watch with GPS map functions on the display.  My only concern with it is that it is more of a watch and has a larger screen.  For $249, I don;t believe there should be any other complaints with a review rating of 8 out of 10.

In my opinion, For the least complicated device, I would go with the Fitbit Charge HR because of it simplicity and easy way to use each of its features.  On the other hand to have an all in one device, the Microsoft Band is the way to go as it has features of a smartphone and Cortana, a personal navigator and AI.

Nowadays, there are activity trackers, smartwatches, and very few that have both features on one device.  These devices most of the time price varies between $120-$200 with some of them not looking like a watch or band sometimes.  The Garmin Viviosmart looks a little different than these things.

The Viviosmart is another type of fitness band, but also has some features that are exclusive to smartwatches.  With it on, it looks like a regular band with a clear screen and has LED lights in it.  The Viviosmart is an activity tracker with very similar features to other fitness bands like the fitbit and jawbone with the ability to check your stats online on an app.  The only difference is that the Viviosmart alerts you with notifications from calls, texts, emails, social media, etc.  Its features include:

Useful qualities includes being waterproof, tracks sleeping methods, bluetooth capabilities, and can track your heart rate.  Most fitness bands include most of these features, but not as much as this device.

The fact that it has smartwatch features is the reason why I believe that it is worth to buy.  It costs $170 and  worth every penny!

In this day and age, we all know that the best things in life always have a steep price, including technology.  Over the years, the technology has become more than just uncommon and it seems that everything that we have has some technology input.

Fitness bands and smartwatches are very handy with the many functions it has like caller id, activity tracking, etc.  The downside to these features is that it has a high cost.  A Samsung Gear costs at least $169 and the most popular fitbit, the fitbit charge, will take $129 out of your pockets.

I found three fitness bands that will satisfy your needs and keep a little extra money in your wallets.  The Razor Nabu X, with the ability to show when your have a phone call by the color of its LED lights, costs about $70.  The Jawbone Up Move at $60 provides an activity tracker and is so small that you won’t noticed that its clipped on your clothes.  Finally the Fitbit Zip at $75 is the least costing Fitbit, but is also an excellent activity tracker.